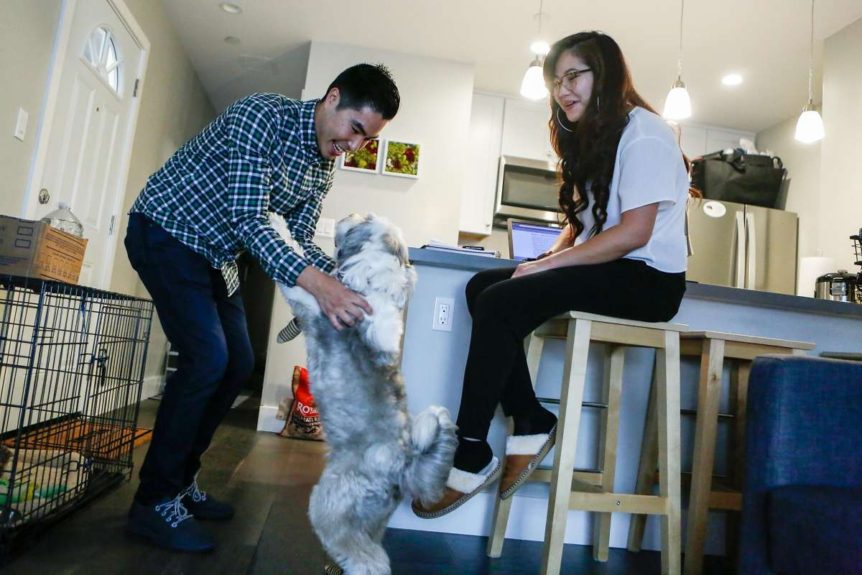 San Francisco has 900 housing units stuck in the approval pipeline, and Mayor London Breed plans to do something about that Thursday.

Breed is set to hand down an executive order to dramatically accelerate the city’s process for assessing and approving accessory dwelling units — starting with clearing the big backlog mired in various stages of review.

As the city struggles to build more housing in the midst of a punishing shortage and soaring real estate costs, ADUs — apartments converted from basements, garages and other spaces — are seen as an important and creative way to grow the city’s housing stock.

But when property owners apply to build new ADUs, they often find themselves dragged through a bureaucratic morass that can hold up projects for months and drive up costs significantly.

That’s holding back the construction of new apartments and creating headaches for property owners, she said.

Breed is instructing her departments to clear the 900-unit backlog within six months. That means construction could begin on hundreds of new units of housing by early next year.

And under the order, which takes effect Thursday, the city will have a four-month timeline for approving code-compliant applications. The mayor is also requiring departments to report regularly to one another about the status of production.

As part of Breed’s directive, the city agencies involved in assessing applications for the dwellings, including the Fire Department and the Department of Building Inspection, created a checklist for property owners to follow that is intended to provide clear and consistent guidance about what they’ll need to do to get their units approved.

“The goal is to make it clear to the departments that I want them to define those guidelines clearly and follow those specific guidelines, so they’re giving people the information they need from the beginning and so they know what to expect,” Breed said.

“If we make the process more efficient, more people will choose to use this as a way to add more units,” she said. “Ultimately, I am planning to do everything I can to find creative solutions to building more housing in San Francisco.”

The city has approved 377 ADUs since 2014, according to the mayor’s office. Of those, nearly 92 percent were built in rent-controlled dwellings, so the units become rent-controlled as well. Many of the 900 proposed units awaiting approval are expected to be subject to rent control as well.

Derek Flores knows how it feels to swim in an ocean of red tape: It took him two years to get the city to sign off on his proposal to create two units in the garage of a home in the Richmond District that had been in his family for three generations. The home was purchased by Tesseract Capital Group, a real estate management company where Flores is a partner.

“We had a difficult experience with the city through the permitting process because of unclear requirements,” Flores said. “What we thought would be a 12-month process ended up being close to 19 to 20.”

Flores had won approvals from every city agency, save one: the Fire Department. Despite the fact that the other departments had approved his designs for the new units, including standards around fire safety, fire officials “came back at the end and had a different interpretation of the code,” he said.

The department required him to build a 100-foot-long hallway spanning the length of the property to serve as a passage out of the apartment. That was different than what the Department of Building Inspection told him he needed to do.

“The building department and the Fire Department couldn’t agree on the interpretation of the requirement,” Flores said. “Without a straight answer, it was very difficult to progress.”

Building the hallway meant tearing up his design plans and starting virtually from scratch. Then the approval process started all over again.

“A lot of these units are just sitting there; the potential is untapped. It’s restricted by unnecessary red tape,” Flores said.

He finally won the city’s approval, and the two units were completed this year. Flores estimates that the differing interpretations of the city’s building codes added eight months and significant costs to the project.

Flores’ troubles are all too familiar to Serina Calhoun, a principal architect at Syncopated Architecture who worked on Flores’ designs.

Accessory dwelling unit design is “one of the bigger pieces of our business,” she said, estimating that the firm has filed around 200 applications, some of which have taken two years to go through, “which is crazy,” she said.

Calhoun is somewhat skeptical of the city’s ability to clear the 900-application backlog in six months, but said Breed’s executive order will help create consistency in the approval process “and not have this moving target.”

“It’s such a powerful program. It’s changing the face of San Francisco in so many ways. It’s great to see this actually being realized and taken more seriously,” she said.