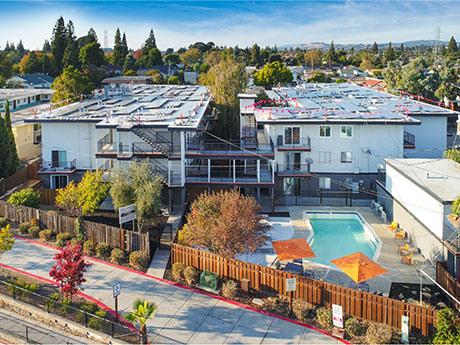 Built in 1965 on two acres, the garden-style Vivante Apartments features 51 market-rate apartments in a mix of two-, three- and four-bedroom floor plans. TCG has completed $1.1 million of renovations, including $400,000 to install solar panels.

Solis Garden Apartments, which was built in 1965 on two acres, features 62 market-rate apartments in a mix of studio, one-, two- and three-bedroom layouts in four three-story buildings. The interior and exterior of the property were recently renovated, including the installation of solar panels.